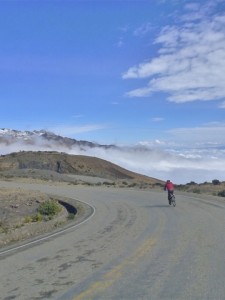 Location: At the agency A Taste of Travel / Le Goût du Voyage in Vevey

Info: no charge, please confirm with our contact form

Bolivia could also be called “roof of the world” as so much of its geography is so close to the sky. As you leave La Paz you’re already on the edge of Lake Titicaca, the highest navigable lake in the world and the cradle of the civilization Tiwanaku. Further along lies the Andes Cordillera and its snow-capped peaks and the salt lake on which you can drive. And as you travel further, you descend nearly 3,000 metres to the Amazon. Few countries offer such geographical and cultural diversity! Cultural travel, sports travel, or a mix of both, Bolivia has everything to offer. In addition to these natural resources, this surprising trip put together by Alexander von Ungern favours smaller accommodations and organisations and he collaborates with the local communities.

Alexander will take you to his Bolivia, you will share the dream, thats sure. He will explain the details of the two itineraries that he has chosen for A Taste of Travel.

Alexander grew up in Lausanne, he graduated from EPFL as a biologist. In the years 2007 and 2008 he traveled through Latin America, during which time he discovered La Paz and the incredible diversity of its surroundings. He decided to stay and work in tour guiding and now has set up new tours as a way for him to combine his passion for the area, the natural environment and the possibility to support several of the communities that have been ignored until now.

Sharks of the Cape of Storms — Evening Briefing
Kyrgyzstan, Along the Silk Road on Horseback